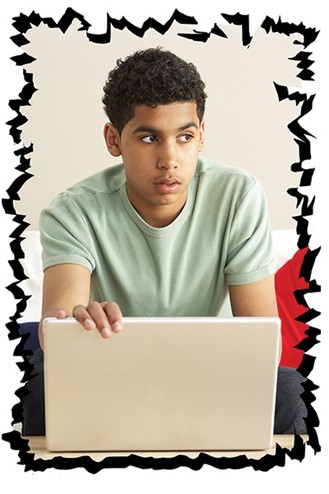 Bullying does not always take place during recess or in the hallways between classes. Bullying has taken on a new tech-savvy form. Cyberbullying is done through text messages and the Internet.

According to the Bureau of Justice Statistics, 52 percent of teenagers report that they have experienced cyberbullying during their lifetime. Cyberbullying can take on many forms, such as stealing someone’s password to a social networking site and using the access to harm the victim’s reputation. Sending harmful or threatening messages through text message, instant messenger, or email are also considered forms of cyberbullying.

“I do think cyberbullying is an issue in high schools, especially now with all of the different social networking sites,” said Erica Weber, as a senior at Vineland High School in Vineland, N.J. “It is easier than ever to bully someone.”

Cyberbullying occurs for reasons similar to those of traditional bullying. However, cyberbullying does have one major difference. Cyberbullying does not involve a face-to-face confrontation. It is often easier for cyberbullies to threaten and harass as they do not have to be in the presence of the victim.

The severity of and knowledge about cyberbullying varies greatly from school to school. Suzanne Outz, as a junior at Elbert County Comprehensive High School in Elberton, Ga., said she was aware of cyberbullying, but has not experienced it firsthand.

“I believe cyberbullying is an issue, but it has not been a problem at my school,” Outz said. “It has been discussed between my peers because we have heard about it, yet there is very little discussion about it at my school from our administrators.”

Awareness is the key to preventing cyberbullying. The National Crime Prevention Council launched an advertising campaign to raise awareness about the issue. MTV also took a firm stance on cyberbullying with television commercials and website information.

To protect their students, schools also have taken action against the phenomenon. “My school has had assemblies for the students about cyberbullying and what to do if you have ever been cyberbullied,” Weber said.

According to school resource officers, a lot of cyberbullying occurs in seventh, eighth, and ninth grades because students are young, impressionable, and trying to find their places within their schools. To slow these virtual bullies down and stop their behaviors, young people are urged to hang on to offending communications—not to just stay quiet about it. Authorities can use the evidence to press charges.

The problem has progressed so quickly and had such damaging effects, in fact, that it’s getting attention at lawmaking levels around the country. Legislators in many states have pushed for laws against cyberbullying and to protect the victims of the cruel acts. California, for example, adopted a law that gives school officials the right to suspend or expel students who cyberbully others. Other states, including Idaho, New Jersey, Oregon, and Washington, have also enacted laws against cyberbullying.

Many resources are available for victims of cyberbullying. If students feel like they are victims, law enforcement officers suggest reporting the actions to an authority figure immediately. Tell a teacher, school resource officer, or anyone in charge, but do not keep the issue to yourself.