The term “following the crowd” can mean different things about different groups of people. It can pop up in high-school settings in regard to following along with the latest trends or what everyone else in a group of friends is wearing, for example. 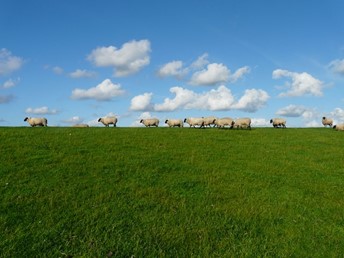 When it comes to a mob mentality, also known as herd mentality or a pack mentality, individuals are influenced by a larger group of people, according to Web MD. Conforming to a group mentality doesn’t always have to be something big, dramatic or even a conscious choice. It might be watching certain TV shows or going to certain restaurants because that’s what your friends do.

“I think it’s just the insecurity of being one’s self,” said Ashley Wright, school counselor at Gordon-Reed Elementary School outside of Houston, Texas. “And so, I think individuals end up following the crowd in the aspect of doing what maybe the majority, or what the masses are doing in order to fit in.”

Can be destructive or positive

Mob mentality can play out in possibly destructive ways, however, such as a group of people who infiltrated the U.S. Capitol on Jan. 6, 2021. Public groups are some of the more obvious examples of mob mentality, such as large gatherings to grieve, protest or cheer a sports team.

“I think when we think about following the crowd, what comes to mind is definitely human nature,” said Julia Messenger, assistant director of student services for mental health at Anoka-Hennepin School District in Minnesota. “Finding where you fit and where you belong and testing out some different experiences.”

Seeing others close to us doing something in a certain way can make people ask themselves if that’s what they’re supposed to be doing, too, Messenger said.

“I think that that can be a big part of middle and high school experience is just trying things on to see what feels right for you and trying to navigate what is the most meaningful and what brings you happiness and trying to determine that,” Messenger said.

Discovering your authentic self

For students, some of the materialistic things come to mind in terms of following a crowd. Maybe it’s the new brand of shoes everyone seems to be getting, or the trendy song that’s getting a lot of hits on social media.

As humans, we care about what other people think of us, even if we try to protect ourselves and say ‘”I’m just going to be myself,’” Messenger said. Part of us always want that approval or to be liked, she added, so it’s always a work in progress.

“I would say the biggest question to lean into is: ‘Is this bringing me joy?’ or ‘Is this part of my authentic self?’” Messenger said. “And it’s not easy to do when you’re still trying to discover your authentic self.”

Wright encourages practicing self-reflection and being aware of one’s own emotions in situations to ask questions like “What am I thinking? How am I feeling? What do I feel comfortable with?”

There are positives to following the crowd, too. Wright always tells her students: “‘When you’re shining your light… and you’re being a leader, people gravitate toward positive energy.’” It just takes one person, but that one can influence another person and then another, so a crowd could be moving in a positive direction.

It’s important to be mindful of any consequences – positive or negative – for the choices one makes, too, Wright said.

“No matter what life throws at you, you are in control of the choices that you have to make,” Wright said. “And so, it’s a lot of decision-making that you have to do in this thing called life.”

“It’s OK if you feel really connected and engaged and involved with this crowd,” Messenger said. “As long as it’s moving in ways that feel authentic to you. So there might be times where moving with that crowd is the best choice.” 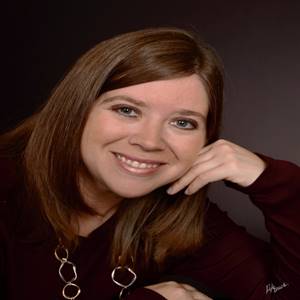